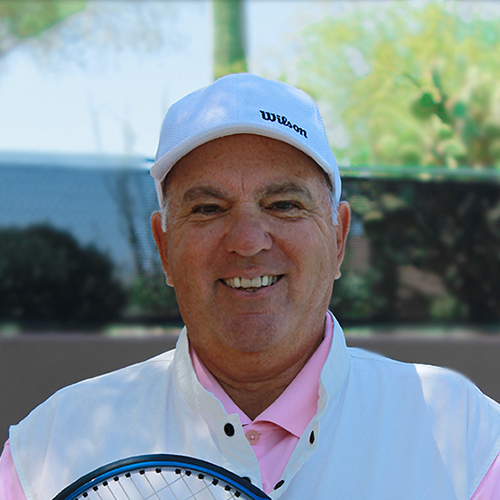 Certified USPTA TennisProfessional, Terry Johnson, has over forty-eight years of club and teaching experience, with twenty-two years at Terravita! Terry graduated from Western Illinois in 1973 where he coached his senior year. He also competed in the Jr. College Nationals for two consecutive years. Terry has been with Terravita since September of 1997 continuously working on making the Members’ experience, whether just starting out or a seasoned player, a great one!